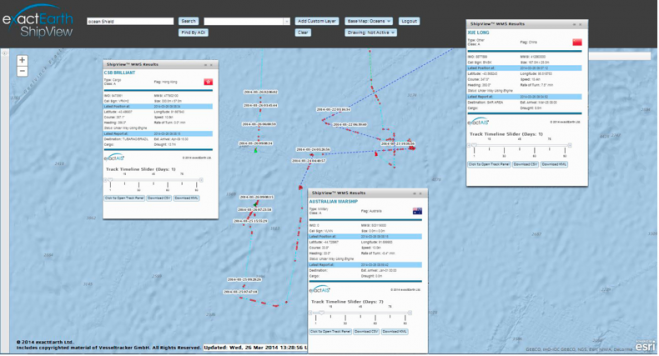 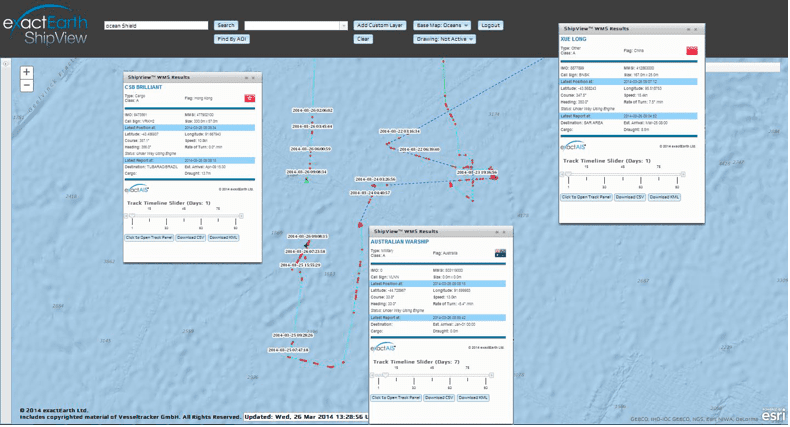 Defence Minister Hishammuddin Hussein said the objects were more than 2,500km southwest of Australian in the area where a desperate, multinational hunt has been going on since other satellites detected possible plane debris last week. From the satellite images, objects could be seen ranging in length from one metre to 23 metres.

“If it is confirmed to be MH370, at least we can then move on to the next phase of deep sea surveillance search,” Hishammuddin said.

The search resumed Wednesday after fierce winds and high waves forced crews to take a break Tuesday. A total of 12 planes and five ships from the United States, China, Japan, South Korea, Australia and New Zealand were participating in the search to find tangible evidence of a crash and provide clues to find the rest of the wreckage.

Mathematical analysis of the final known satellite signals from the plane has narrowed the search zone but it is still a large area of approximately 1.6 million square kilometres.

Australian Prime Minister Tony Abbott said, “This is about the most inaccessible spot imaginable. It’s thousands of kilometres from anywhere.”

No possibilities have been ruled out in this mysterious disappearance. The search for the wreckage and the plane’s flight data and cockpit voice recorders will be a major challenge in such a remote area.

The Australian Maritime Safety Authority (AMSA), which is co-ordinating the southern search operation on Malaysia’s behalf, said a U.S. Towed Pinger Locator arrived in Perth along with Bluefin-21 underwater drone. The equipment will be fitted to the Australian naval ship, the Ocean Shield, but AMSA could not say when they would be deployed.

Various pieces of floating objects have been spotted by planes and satellite, but none have been retrieved or identified. Wednesday’s search focused on an 80,000 square kilometre swath of ocean about 2,000 kilometres southwest of Perth.