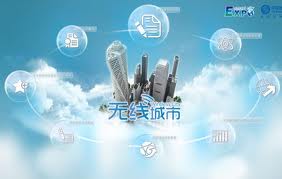 The pilot program began last November, and many efforts to incorporate the “Internet of Things” are underway. Initial efforts involve transportation systems with a better understanding of traffic and parking issues to remove gridlock, improving vehicle fuel efficiency, quality of life with fewer hours spent in vehicles, and better air quality.

The smart city concept is extending into medicine, with tele-medicine initiatives. There’s also a smart home movement to make the most of wireless bandwidth and home automation technologies, often centered on energy efficiency.

Of the established 193 cities, 80 have signed plans with the Ministry of Housing and Urban-Rural Development (MHURD), outlining their plans and objectives, and receiving approval for construction. Much of the effort is designed to accommodate dramatic population increases from 63 million people in urban areas to more than 990 million expected by 2030 (according to McKinsey Global Institute).

With so many more urban dwellers, cities are scrambling with ways to increase their efficiency. The China Development Bank has already committed $72 billion to fund the construction efforts.