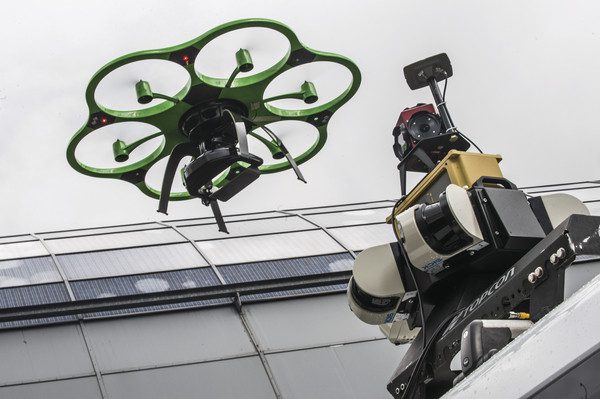 “This year’s INTERGEO has boosted innovation throughout the value-added chain, from data right up to decision-making and expertise. Ultra-innovative geoinformation applications have been at the very forefront,” said DVW President Professor Karl-Friedrich Thöne. The know-how of geodesists who are breaking new ground and developing solutions is also helping to expand on the approaches needed to drive forward the energy revolution.

The significant increase in delegate numbers at the second INSPIRE Conference shows clearly that putting local authority issues front and centre was the right move. This highlights just how important reliable geoinformation is for creating appealing urban environments where people want to work and live. The metropolitan region of the Ruhr and its large population centres also offered the ideal platform.

INTERGEO is now the number one job fair for a highly attractive field of employment with exceptional prospects. No previous INTERGEO has ever attracted quite as many young people as this year’s event in Essen. The initiatives that have been launched by professional associations to attract new talent are taking effect – a workplace between cloud and earth is winning over more and more students.

Some 505 international exhibitors have confirmed the success of the event. Responding to an initial survey, 95 percent of participating companies, institutions and associations said that they achieved their targets for the fair. One area, however, was singled out for special praise – the quality of discussions.

“During INTERGEO 2014 in Berlin, we will continue to build on the international positioning of the fair with a particular emphasis on Europe. What’s more, we will also work with other large networks such as MundoGEO,” said Olaf Freier, Managing Director of HINTE GmbH, which organises INTERGEO. “Following on from the success of its first presentation at a joint stand, Brazil will expand its involvement in INTERGEO in Berlin.”

Planning is already underway for the 20th INTERGEO in Berlin and highlights include the imaGIne-2 Congress, which aims to attract the European GIS community to INTERGEO. The launch of an operational GALILEO system will also mark a technological leap for satellite navigation, while Open Data, Big Data and 3D become the engine for innovation.