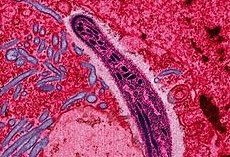 Confirmed malaria cases were reported to provincial malaria offices upon diagnosis and updated into the respective SDSS as part of routine operations throughout 2011. Cases were automatically mapped by household within the SDSS using existing geographical reconnaissance (GR) data.

GIS queries were integrated into the SDSS-framework to automatically classify and map transmission foci based on the spatiotemporal distribution of cases, highlight current areas of interest (AOI) regions to conduct foci-specific targeted response, and extract supporting household and population data. GIS simulations were run to detect AOIs triggered throughout 2011 in each elimination province and conduct a sensitivity analysis to calculate the proportion of positive cases, households and population highlighted in AOI regions of a varying geographic radius.

A total of 183 confirmed cases were reported and mapped using the SDSS throughout 2011 and used to describe transmission within a target population of 90,354. Automatic AOI regions were also generated within each provincial SDSS identifying geographic areas to conduct response. 82.5% of confirmed cases were automatically geo-referenced and mapped at the household level, with 100% of remaining cases geo-referenced at a village level.

Data from the AOI analysis indicated different stages of progress in each province, highlighting operational implications with regards to strategies for implementing surveillance-response in consideration of the spatiotemporal nature of cases as well as logistical and financial constraints of the respective programmes.