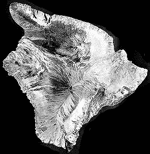 There are several different typse of radar, but the predominant method for imagery is Synthetic Aperture Radar (SAR), given its finer spatial resolution. SAR uses a single beam-forming antenna that targets a scente taht is repeatedly illuminated with pulses of radio waves at different wavelengths. The echo waveforms are detected and storems and then post-processes together to provide an image of the target. Current airborne systems provide resolutions of roughly 10 cm, with ultra-wideband systems providing resolutions of a few millimeters.

Radar imagery comes back with different intensities. levation measurements with stereo radar. Shuttle Imaging Radar has been a popular source (SIR-A), and was first launched in 1981. The stereo radar returned from the Space Shuttle Radar Topography Mission returned a near global digital elevation model of the earth.

Some of the radar services and data resources include:

There are a great many of applications for radar imagery, outside of its ability to see through clouds or reveal elevation, in a wide range of fields. Due to consistent cloud cover, radar will be a go-to imagery source in tropical countries for a long time to come.