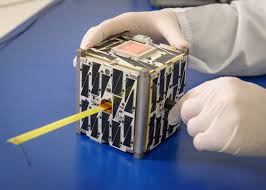 With demand for Earth imagery increasing, manufacturers are expected to produce some 1,935 remote sensing satellites over the next 10 years, according to Forecast International.

The company’s new study, “The Market for Civil & Commercial Remote Sensing Satellites,” reports that during the 2016-2025 forecast period, the value of production will be an estimated $29 billion (in FY16 U.S. dollars). The study covers 58 satellite production programs.

Satellite operators will purchase new satellites over the next 10 years to keep up with rising demand for remote sensing imagery. The analysis reflects the increasing importance of small satellite operators, as their plans to operate constellations of dozens or even hundreds of satellites will affect production rates going forward.

The top manufacturers in the civil and commercial remote sensing satellite industry going forward will be Airbus Defence and Space, Thales Alenia Space, Mitsubishi Electric, Lavochkin, and Lockheed Martin. Ball Aerospace was included on the list last year but fell off because Orbital ATK was awarded a contract to build three Joint Polar Satellite System (JPSS) spacecraft that Ball was originally expected to build. The top-five companies are forecast to garner a combined $15 billion in sales building remote sensing satellites over the next 10 years, accounting for a market share of 52 percent.