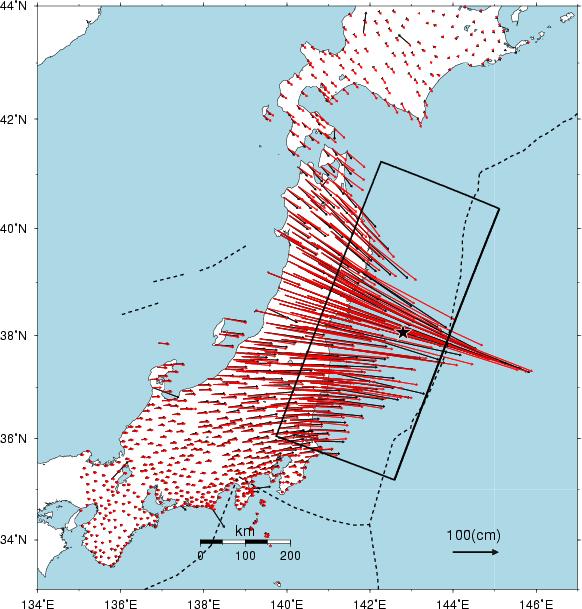 We therefore combined the logarithmic (log) and exponential (exp) decay functions and developed methods for obtaining global solutions using nonlinear least squares calculations for such complex functions. Our models significantly improved the fitting performance of the postseismic time series and the prediction performance of the evolution of postseismic deformation.

The solutions obtained by the proposed models and methods enabled distinction between the contributions of the log and exp functions, and explanation of characteristic phenomena such as the subsidence that occurs immediately after an earthquake is reversed to an uplift. The analysis of the solutions may suggest that there has been a continuous increase in the contribution of viscoelastic relaxation to postseismic deformation in eastern Japan, whereas the contribution of afterslip has rapidly decreased.

Although the predictions were highly dependent on the assigned steady velocities and the long-term relaxation time constants, they indicate that the coseismic subsidence of the Yamoto station in Miyagi prefecture will recover around the year 2020. The estimated relaxation time constants of the present models appeared to be uniform throughout eastern Japan.

Made available via SpringerOpen. The full research and author details are available at http://www.earth-planets-space.com/content/68/1/41