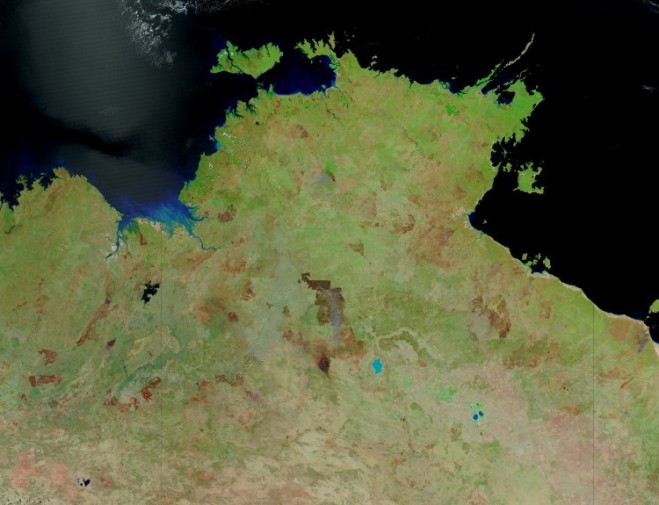 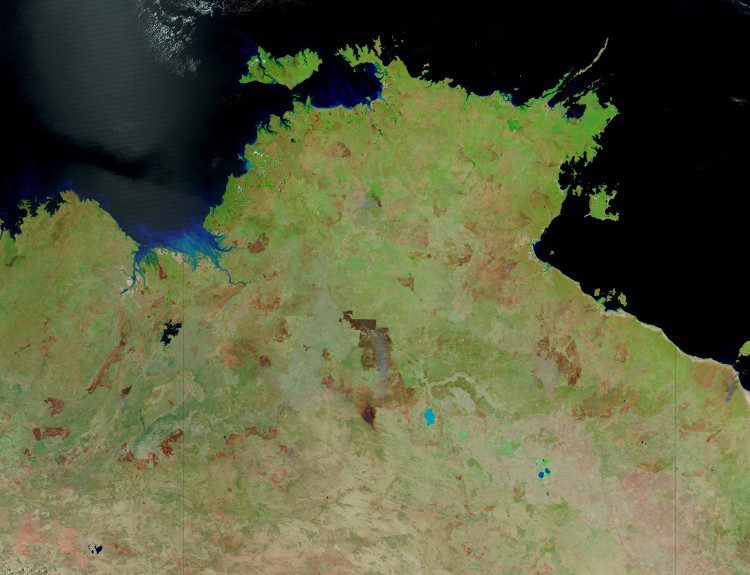 When Russell Lethbridge walks his property in northern Australia — kicking-up clouds of dust that catch the sunlight as he assesses the grasses, shrubs and brush that fill the landscape with muted tones of green — he carries the legacy of five generations before him on his shoulders.

“Werrington Station has been in our family for 117 years,” Lethbridge said, “and each generation does its best to leave the property in a better condition than the one that came before it.” Today, the Lethbridges maintain that tradition with the aid of NASA Earth observation data.

About 80 percent of Australia is rangeland — known as the “Outback” — much of which is grazed by domestic livestock. It’s here that Lethbridge and his family run a herd of between 9,000 and 11,000 head of cattle to supply a range of markets — including the U.S. — with conventional beef, grass-fed beef and live cattle. The Lethbridge family and thousands of Australian families like them work the rangelands, helping supply the world’s growing demand for meat, leather and wool, while carrying on traditions akin to those of generations of ranchers who have run cattle across the western United States. 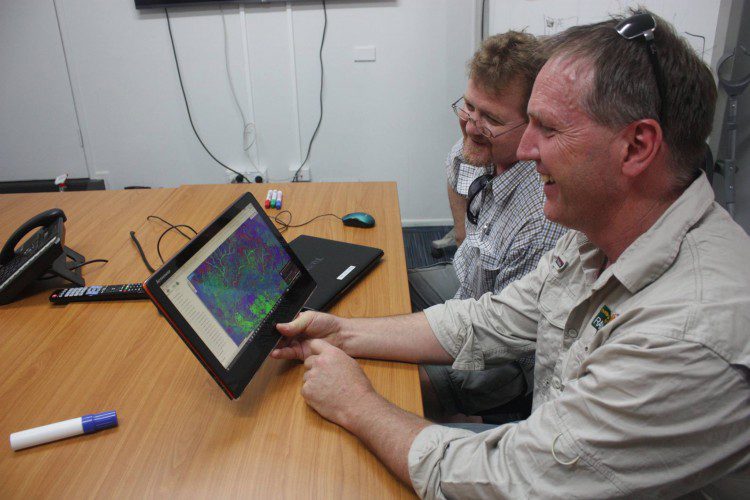 Operations like Lethrbridge’s are vital to feeding the world’s rapidly growing demand for meat and wool, especially in the face of a changing climate. Global meat consumption is set to dramatically expand in the years ahead; meat imports in China alone are predicted to swell by more than 3,500 percent by 2050.

At the same time, many developing countries — struggling to keep up with the rising demand for meat — are slashing and burning tropical forests in favor of arable land for grazing. If properly managed, Australia’s rangelands provide an opportunity to sustainably produce meat without contributing to deforestation.

Lethbridge needed to monitor his land in new ways in order to manage water resources effectively amid increasing pressures, to keep the land healthy, and to ensure his ranch is economically sustainable so that he can pass it onto future generations. He needed to step back and see his land from a distance to understand which areas were being over-grazed, where pasture was growing back and where his interventions to promote rangeland health were working.

Lethbridge turned to the Natural Resource Management Spatial Hub — a collaboration of more than 20 Australian federal and state agencies, research and industry organizations — which provides on-demand access to digital property maps using NASA’s Landsat and MODIS data. In the case of both Landsat and MODIS, these data consist of moderate-resolution groundcover images. Depending on cloudcover, new Landsat images of Lethbridge’s property are available as often as every 16 days. With MODIS — an instrument aboard the Aqua and Terra satellites — new images are available every one to two days as long as clouds don’t block the view, allowing land managers to track broad changes in land cover on a regular basis and in near real-time.

“Our work is focused on helping land managers make better decisions and be resilient in the face of droughts, which are on the rise and are projected to increase with climate change,” said the Hub’s Phil Tickle. “The Hub lets users not only look at their farm today, but also over the last 30 years to really understand the impacts of drought, climate variability and ranching decisions, so they can learn and make better decisions accordingly.”

The Hub’s desired result: higher profits for ranchers so they can hold onto their land, healthier land, and a more sustainable way to supply the world’s surging demand for meat and wool.

These are goals for Lethbridge, too. “To also have the opportunity to be a part of developing the skills of the next generation to ensure they can operate with success in an environmentally conscious world is hugely satisfying,” Lethbridge said.

Among global efforts to monitor land cover and to understand the effects of land management decisions over time, Australia is one example of many. In the West African countries of Niger, Mali and Burkina Faso, for example, researchers are using data from several NASA satellites to identify areas with agricultural potential and to estimate the amount of food available. Another effort, lead by the international Group on Earth Observations, uses NASA Earth observation data to support rice farming in South Asia. Researchers there are improving food security and land use decision-making by generating maps that show how much land is cultivated with rice, the best times for farmers to plant rice (under projected conditions), and how well the rice crops are growing.

Although the Australia project is still in its early stages, the Hub is already seeing impressive results. They originally planned to work with 40 properties in their first year, but interest in their tools has exceeded expectations. They are now working directly with more than 120 different landowners throughout Australia, with another 100 on a waiting list and more still expressing interest every week.

Now, as Lethbridge walks his property with his family, he can look up and know that somewhere above, instruments are capturing information about his land that he could never collect on his own — offering new understanding that his ranching forebears could have never imagined, and that will make all the difference in the world for generations to come.